Thorne Bay and Alaska’s Inside Passage are home to trophy-class, saltwater fishing located throughout its waters. With Alaskan Escape Self-Guided Vacations, you can enjoy fishing in relatively calm waters. The area is comprised of hundreds of islands, protected passages and bays, teeming with fish and other aquatic life. While fishing, don’t be surprised to see Orcas, Humpback Whales, Otters and Sea Lions.

Alaskan Escape provides each cabin with a 16 foot Lund skiff for self-guided fishing trips or we can also recommend local guides. Our Lunds are fully equipped with Penn Downriggers along with rods and reels for saltwater fishing. For fly fishing and stream fishing, we recommend you bring your favorite rod with you.

Each boat is also provided a crab pot. Great crabbing and clamming can be found throughout Thorne Bay. 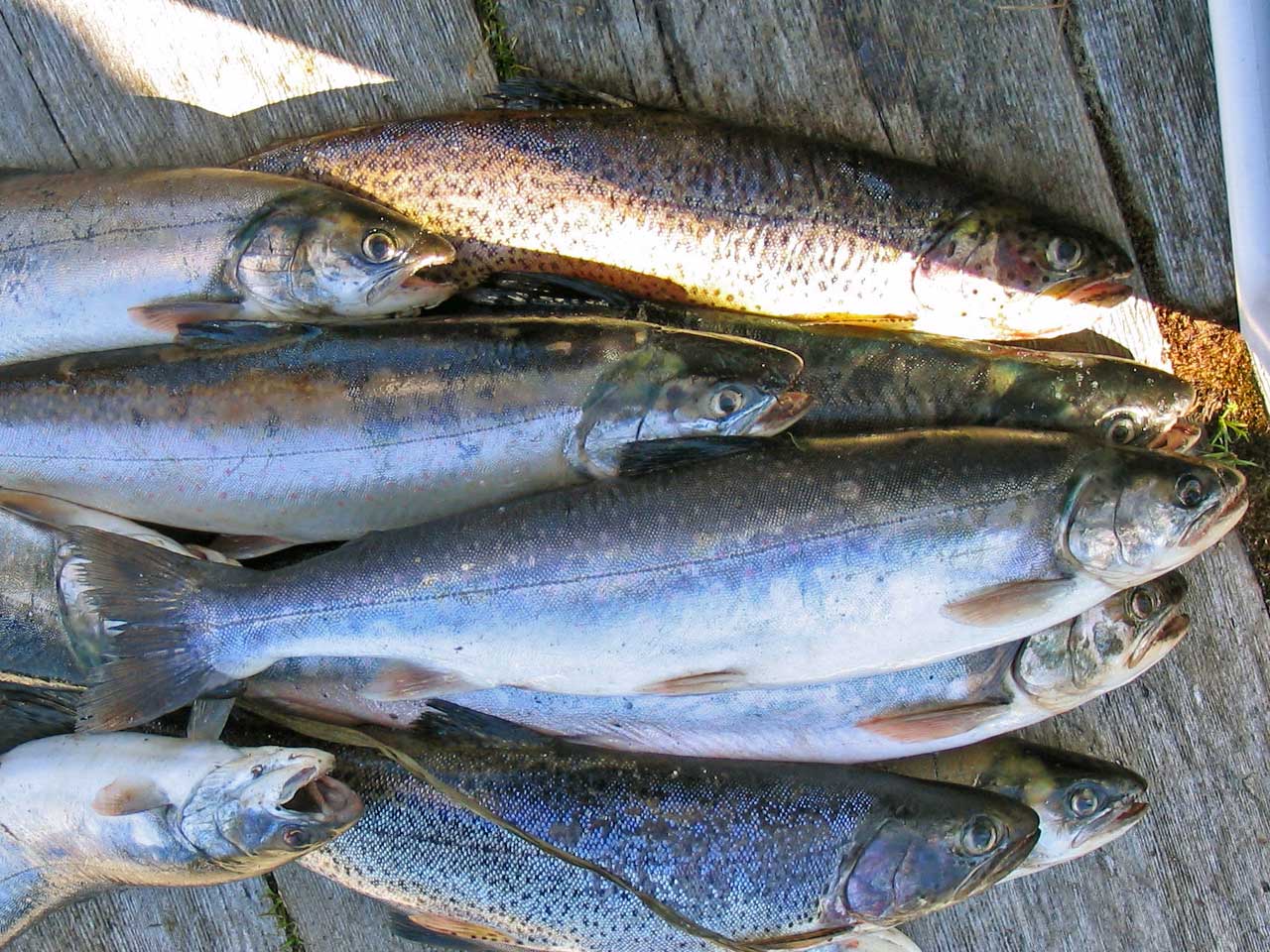 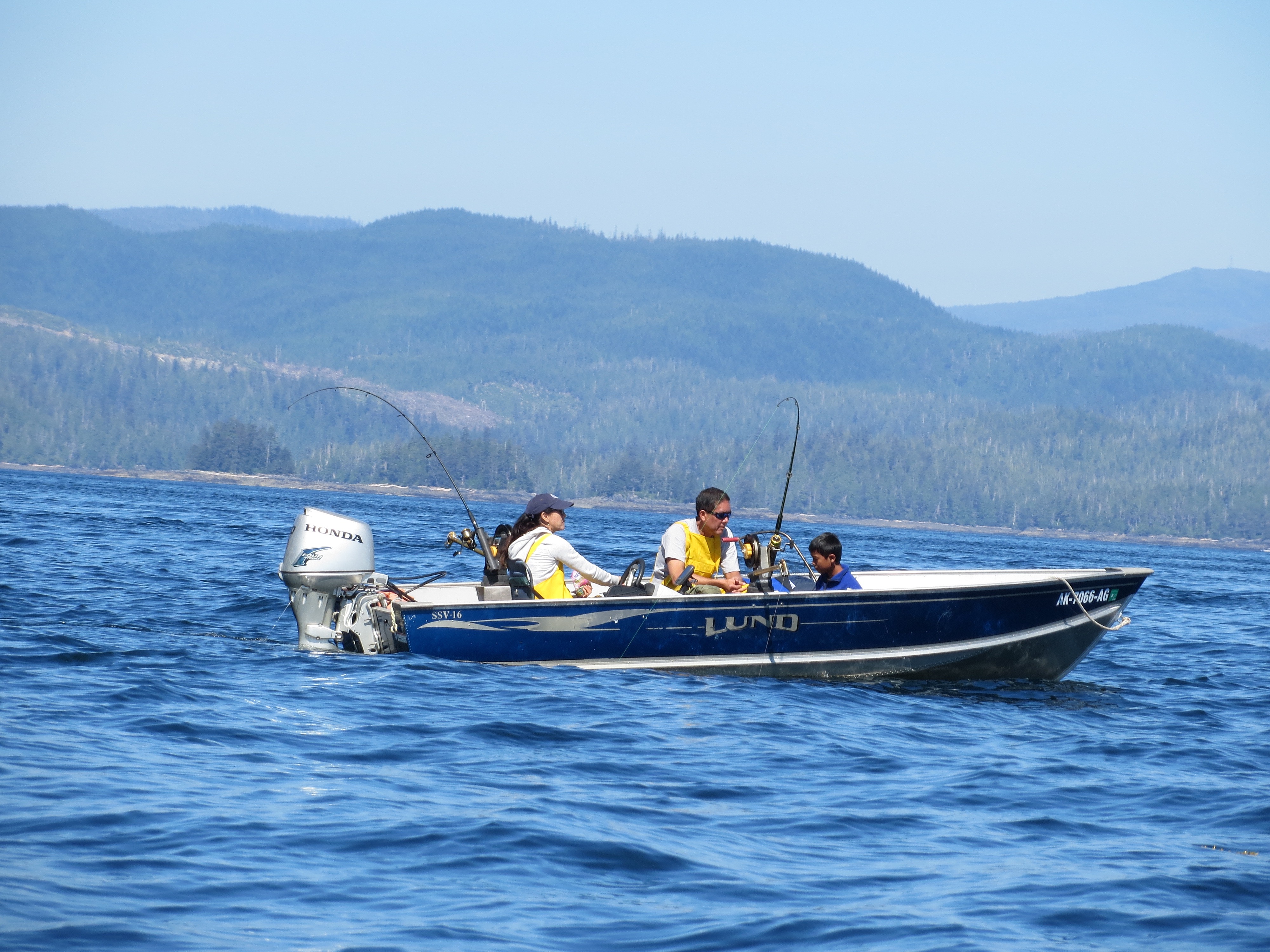 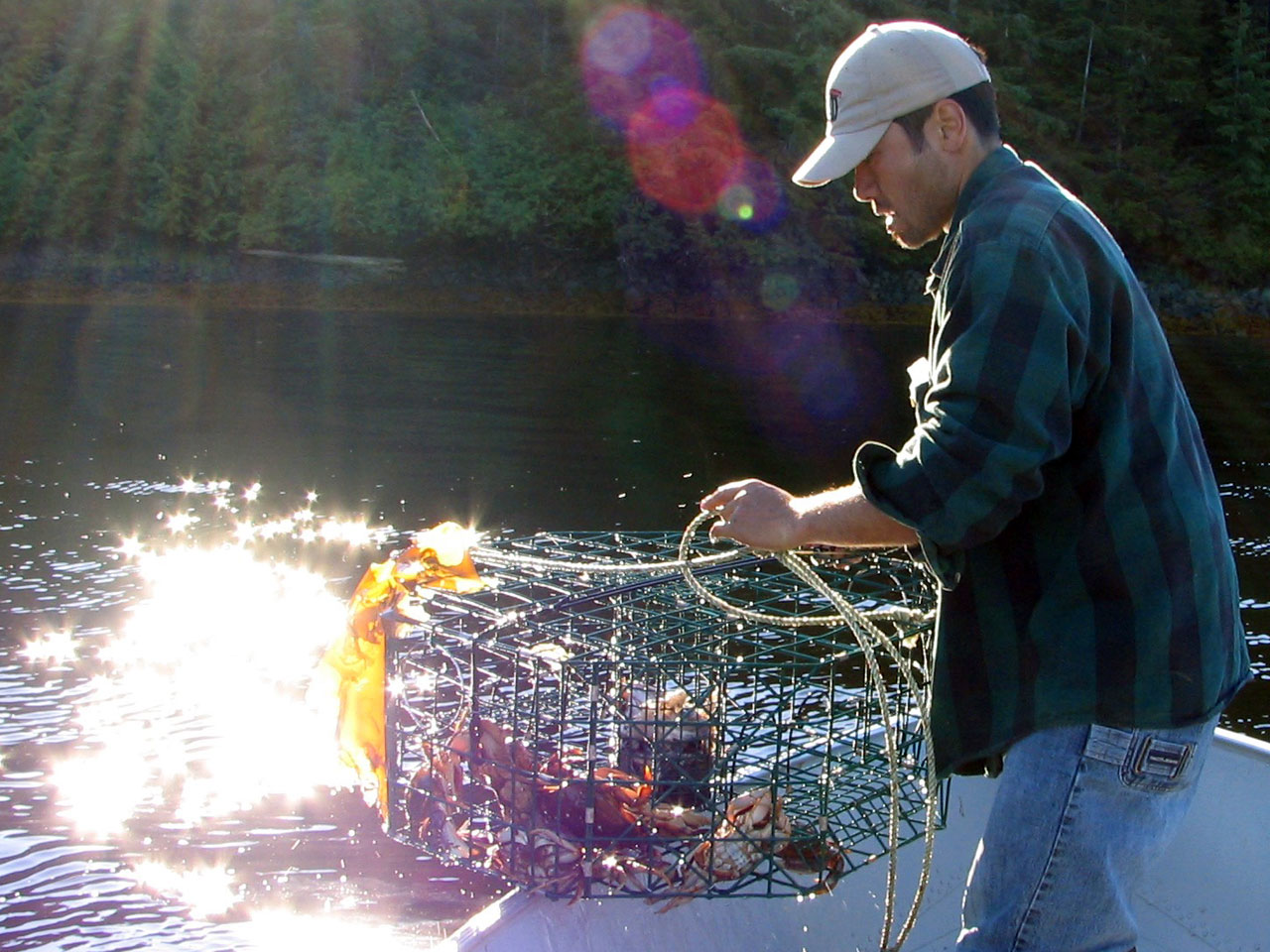 Chinook Salmon, commonly called Kings, are Alaska’s state fish and the largest and scarcest of Pacific salmon. The largest King ever taken weighed in at 126 pounds, though Kings usually range from 25 – 50 pounds. King fishing is most productive in these waters in June and July.

Silver Salmon or Cohos are hard fighters and can provide intense action. The Coho average 12-15 pounds, but can be found weighing in at over 20 pounds. These salmon are most plentiful from late July through September.

Pink Salmon or Humpies are the smallest and most abundant salmon in area waters. They average 3-5 pounds. The best Pink salmon fishing is during July and August. 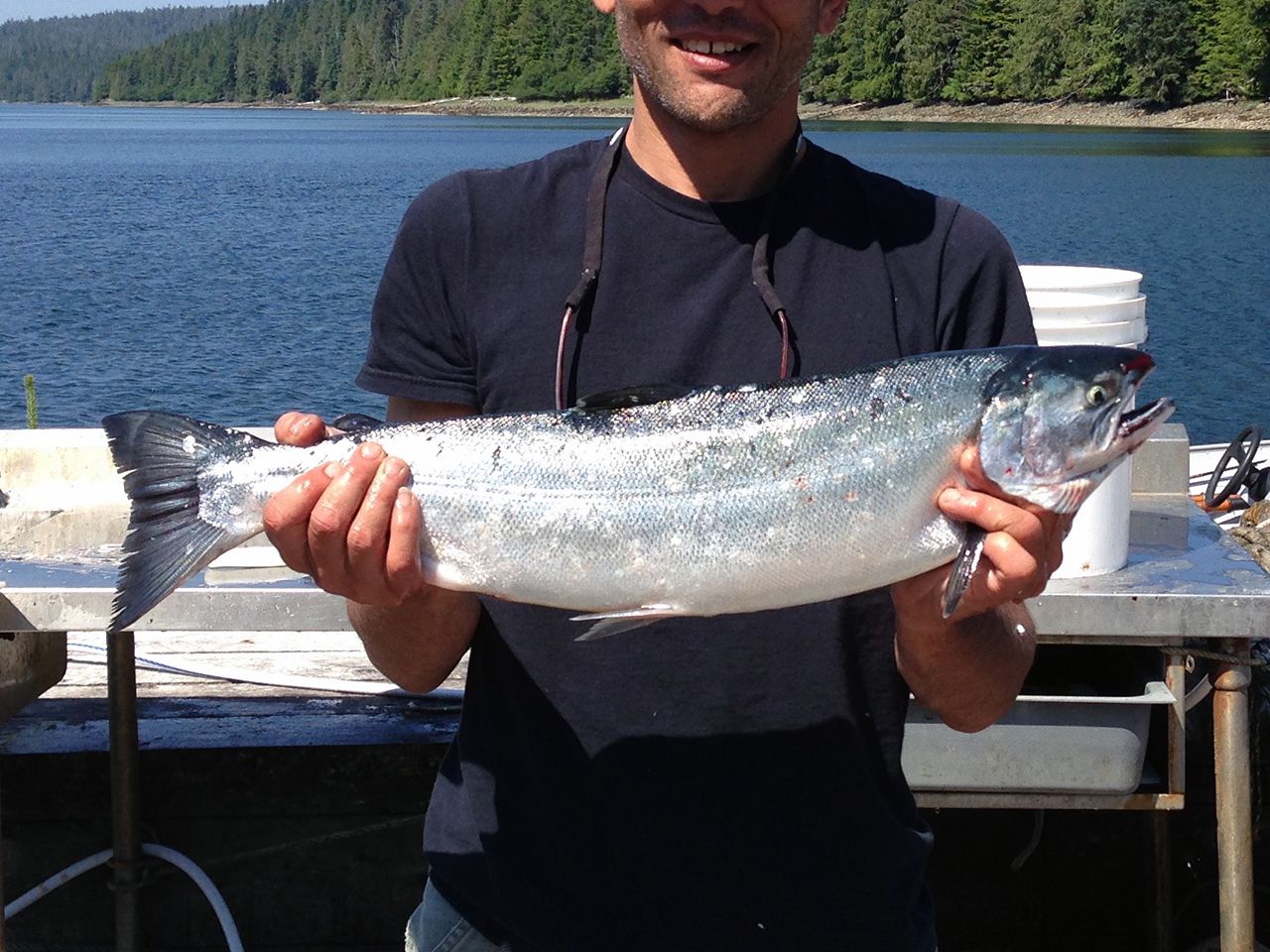 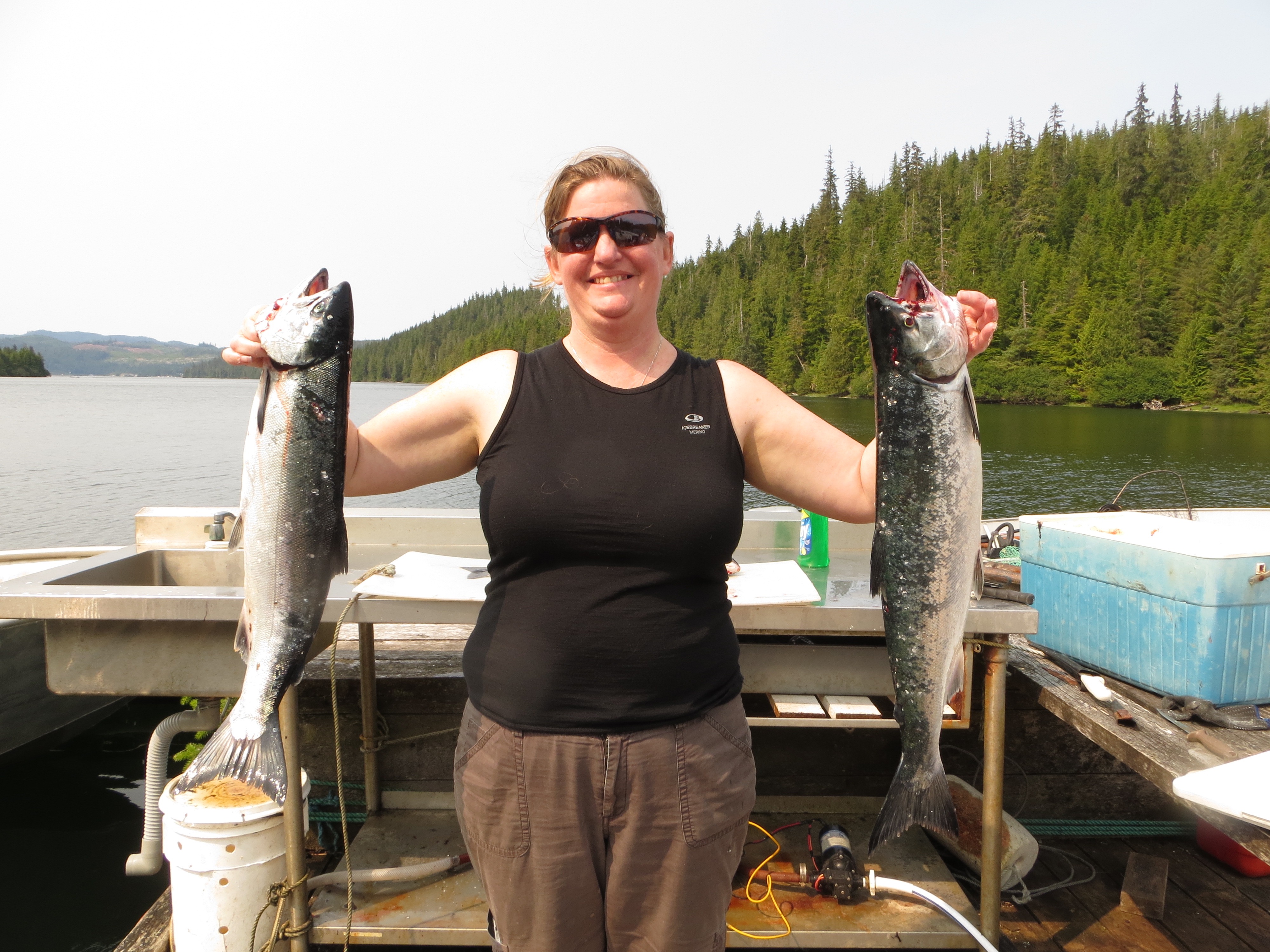 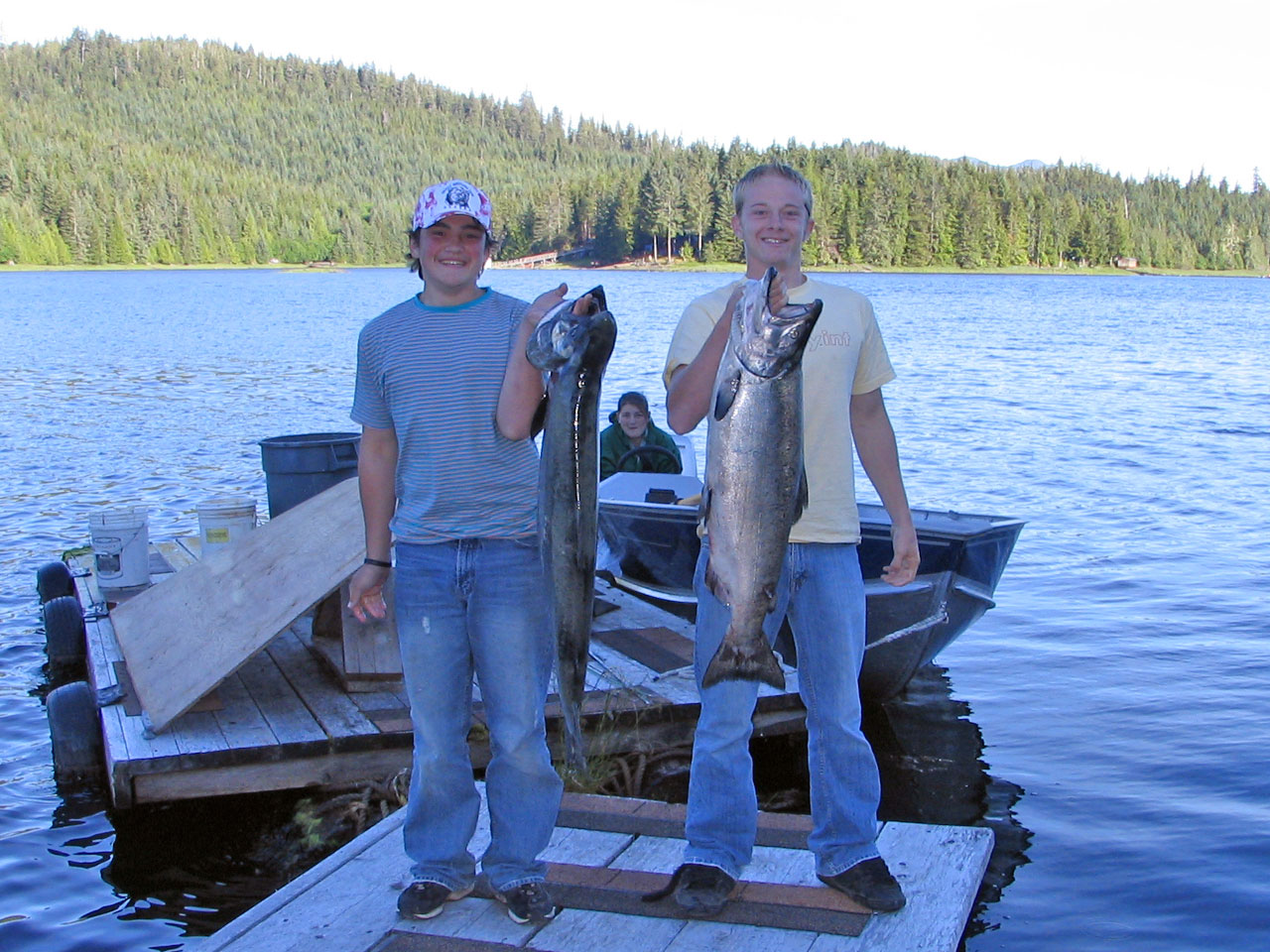 Rockfish is a term used to describe over 10 species of light-fleshed bottom fish, including Yellow Eye Rock Fish and Black Sea Bass.

Most weigh between 1-5 pounds and are long-lived, depending on the species, may reach ages of 30-100 years. Good rock fishing occurs during the warm summer months. 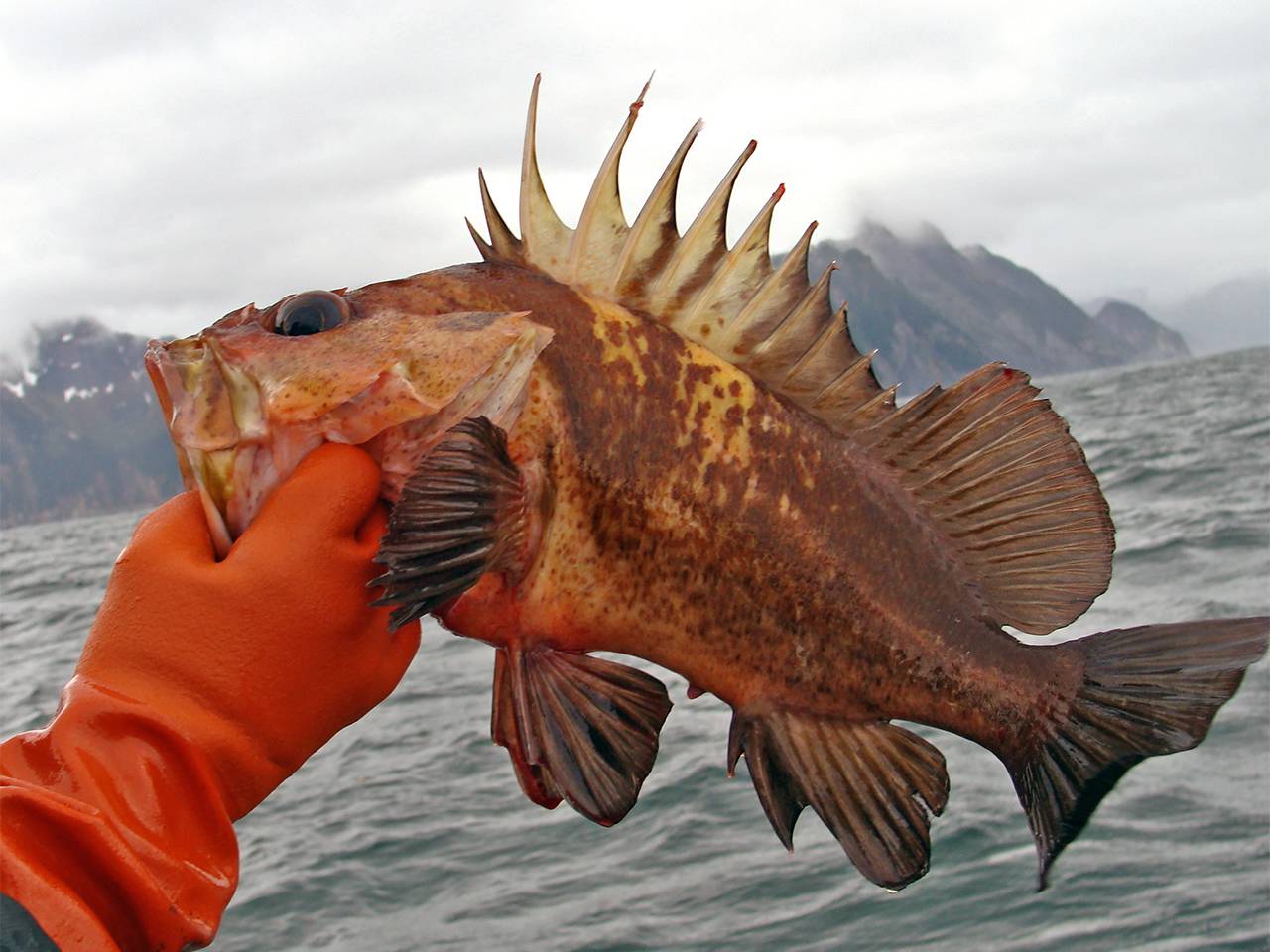 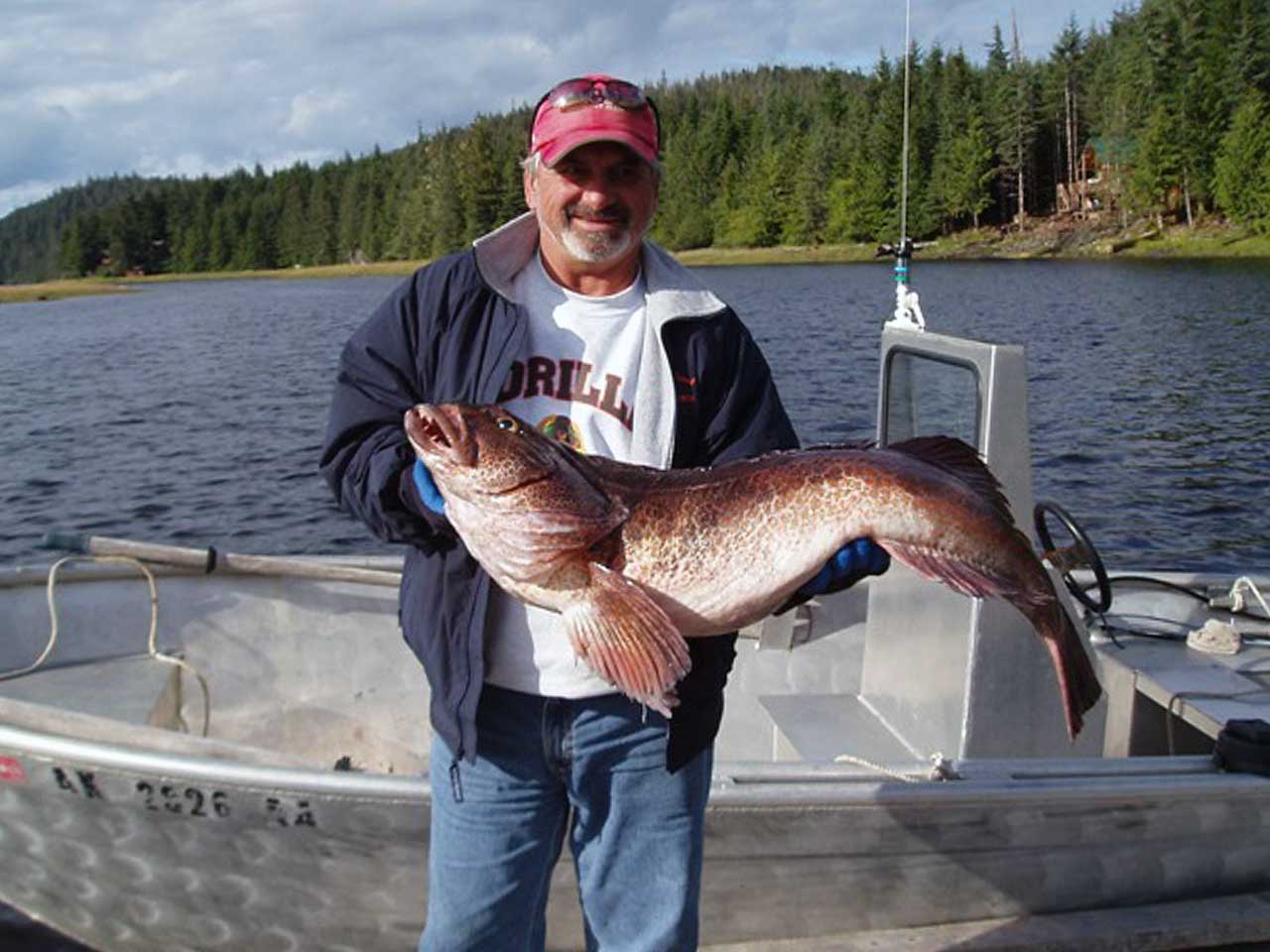 Lingcod is usually found on or the near the bottom, most often over rocky reefs in areas of strong currents.

These fish are extremely aggressive predators, often growing to over 50 pounds. The usual range is 10-40 pounds and are abundant throughout the fishing season.

Diving in Alaska? Bring your wetsuit! Prince of Wales Island is home to some of the freshest, sweetest Uni (sea urchin), a delicacy in high-end sushi restaurants.

Sea Cucumbers and Scallops can also be found in abundance. 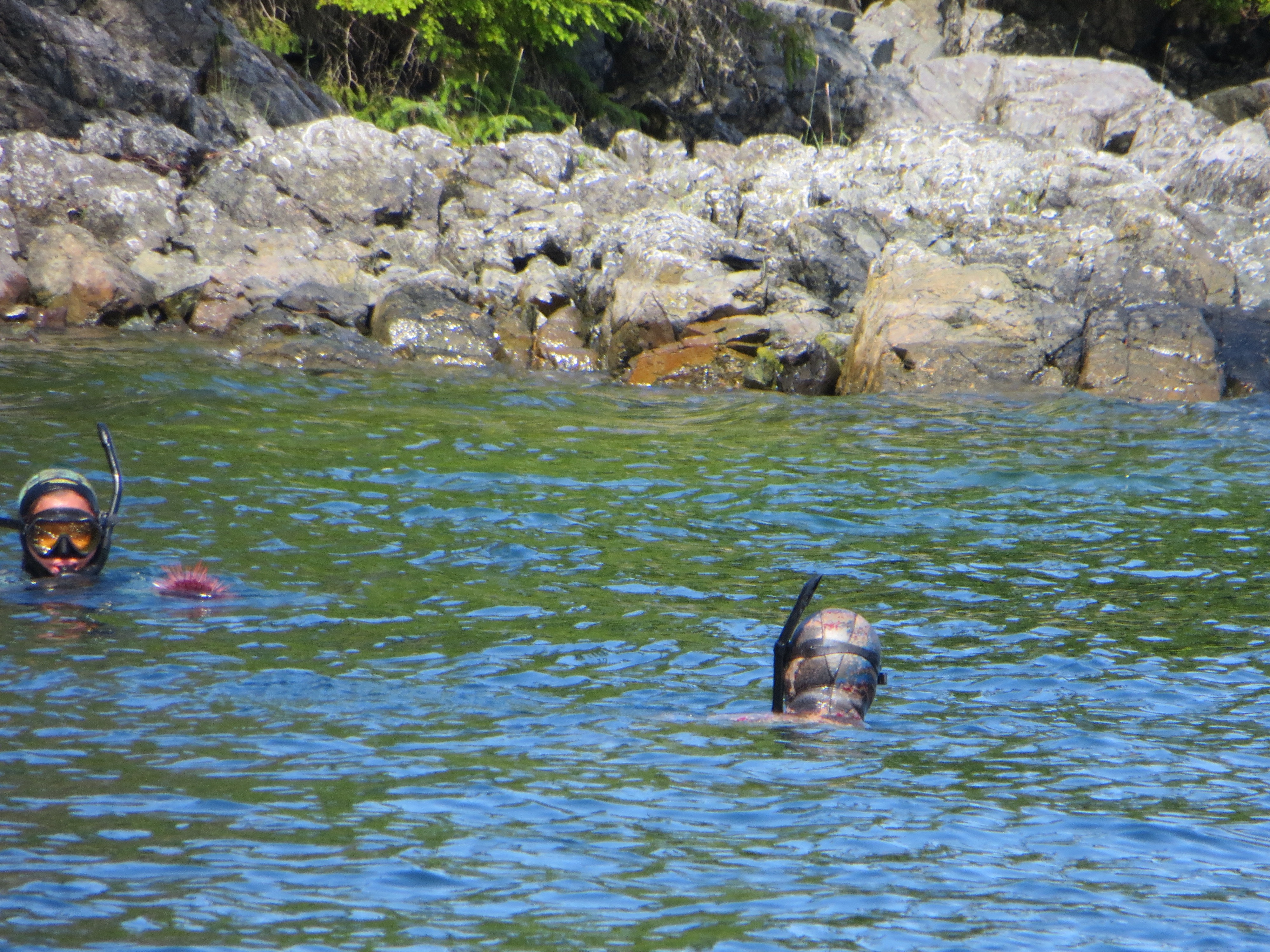 Multiple cabins, a 16′ Lund skiff and a 10 minute boat ride from your door, you will find prime fishing grounds for Salmon, Rockfish and more. Enjoy the Crab, Clams and Shrimp you catch yourself.